The Summer season starts next weeks with 9 Ball Comp on Wednesday, May 3 and Mixed Comp on the next Monday, May 8. A Captain's kickoff meeting is planned for this Wednesday, April 26 starting 7:30 at Hideaway, where each team will be represented.

Decisions to be made at the meeting are: (Most have been widely discussed. or surveyed)


The Schedule as WIP is on the web for your review. It is being updated as details get finalized. Red and Blue competitions are reconstituted based generally a team skill so your team may have moved.

Our normal 18 round season is now only 14 rounds t(each team plays Home and away to qualify for a top of league standings Trophy. Inter comp friendlies played on byes will not count for scoring but will count for special awards. Once the ladder series is complete we then want to consider a 4 tier seeded elimination series.Within each competition, we have three elimination rounds (knocked out play friendlies) than a grand final to decide the SSPL Cup winner.

New are Black Pagoda in Sathorn, The Game, in Sukhumvit and Tigra Phra- Khanong 71 / soi 2  and Club 15 from Sukhumvit 13-15 but may start elsewhere)

.Hustlers Fun have added a new team on Wednesday, Homeless (formerly Sport 20-2 Monday team) has move to Pickled Liver on Monday. Pickled Hot-shots have moved to Wednesday, Sportsman Stoned is reformed by Jay from his Wednesday Axe team.

Pickled Jools and SM Dubs Wednesday are disbanded  with Sportsman SOS from Thursday reformed by Barry Bradford. Breakers Sun and Monday Axe have left to join The Hustlers league.

Thursday competitions have been discontinued this season

Below are Winter 2017 season final standings results after catch up matches now completed. 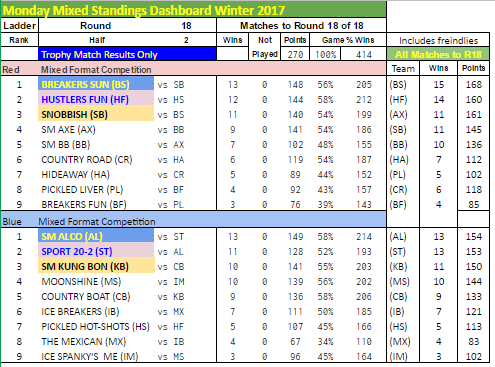 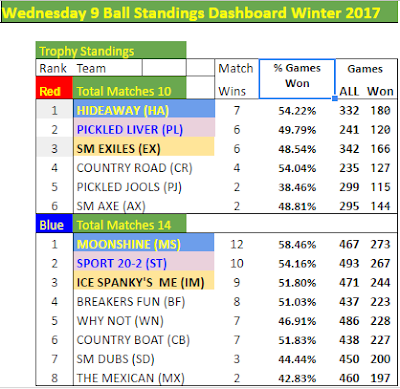 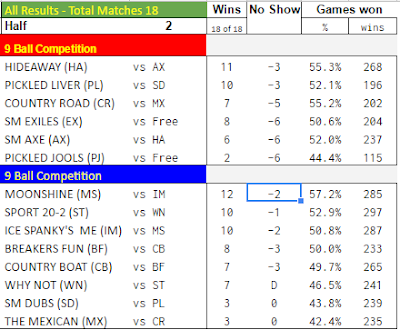 Congratulations everyone for the truly great season of the smooth coming together of what were teams from 2 leagues. HThe hiccups turned out as great positives to get us all enjoying playing together, especially the friendlies that achieved cross competition bonding too.


In a single community now, we just seemed to get on with it and adopt each other so well along with merging our social values. We are now looking forward to more and better in the coming season.


Good news too is Hustler's Bangkok Pool League are working with us well to provide more competitive promotion opportunities for social league.teams with higher ambitions. The practical side now is 2 teams last season social league teams moved to Hustler's and 2 teams from Hustlers are playing in our social league.

For the winners in the 5 competitions, of the winter 2017 season, we look forward to applauding them when we present their trophies at 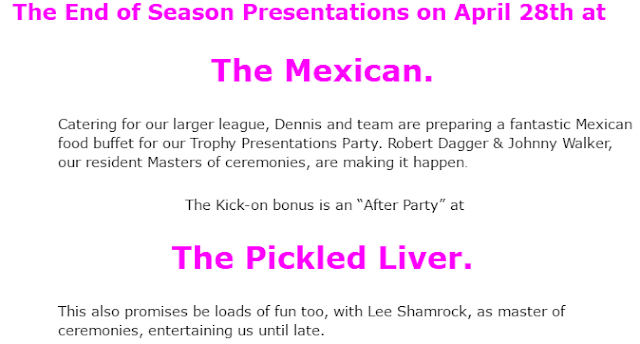