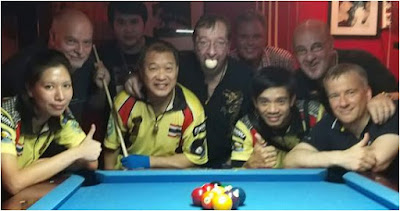 The familiar round robin bantering in the titan's tussle for a talisman trophy for the Songkran 2019 season continues. Be-it Win Lose or Draw on Monday and Wednesday, we continued the tradition of truly enjoyable matches. To requote a comment amongst many this week, "a truly amazing match", again we saw the wonder of wonders that never ceases that we call "fun".

Ranking of WLD (Wacky League Drinkers) teams, along with the detail of each match result, are in snapshots below as taken from the live web. 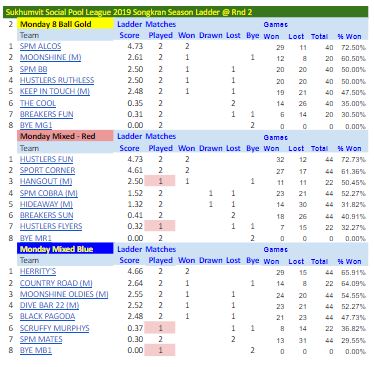 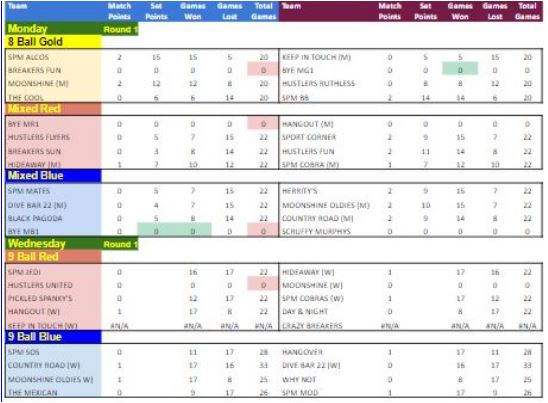 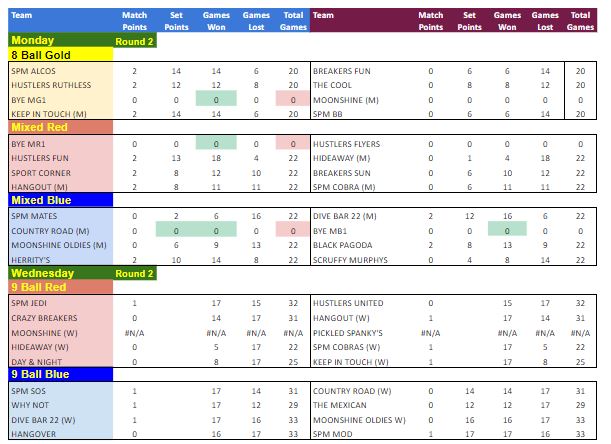 The results of the qualifying rounds are being updated weekly and are now on our web site tab as APC Qualifying.

No, APC is not a headache pill. APC is "Asia Pool Challenge" and our international tournament now in its 9th year. This year the APC returns to Jakarta, where 8 countries are competing in what began in 2009 with just Jakarta and Bangkok.

Bangkok Heat is the name of the team we send to compete in the APC each year. Unlike other years, qualifying for the 10 sponsored places this year sees every registered contender playing all other contenders a minimum of 5 qualifying matches.

The series is managed by a Bangkok Heat APC Organising Committee. That oversees 30 registered player's who are required to play the other 29 is 145 qualifying games by July 1.

To make the cut the simple average is 99 wins, with the top 5 already achieving 110. We are hopeful the medium average for the rest will be no less than 95 to make a really strong team.

Here is the current status in what so far has been an electric charge to pool in Bangkok that has already seen 80% of the qualifying matches played and many social league players enjoying the opportunity to have a go. That is also seeing a resurgence of all the leagues coming together in what is quite an unprecedented way.

As everyone is enjoying the series, momentum is high with the whole community getting behind the objective to bring the converted APC Cup Back to Bangkok in August this year. The wonderful challenge will then be to defend it again in 2020 when the APC comes back to Bangkok for its 10th anniversary.

We recently had a very useful discussion with the other Bangkok Social league coordinators with a view to making leagues into and seen as a single community.

The goal is to not only harmonise the community with sponsor valued much higher but also being a larger group to provide a wider variety of choice to meet competitive and social network oriented player bases across various standards.

With the agreement in principle reached, the value in taking the rest of the season to sort out the detail will allow for wider practical discussion and input to make it work. So watch this space.

Here is a quick reminder about who makes all this possible.

Yes, we know it's the players who should get the pat on the back for turning up.  But we also know our sponsors work even harder to make the place we turn up to so much more than just a place.