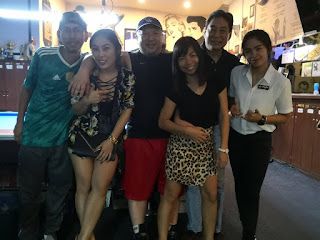 This week KEGS World CUP saw all teams aim to achieve a highest possible scores On Monday the focus to just get 20 points and on Wednesday to be first to get 17 for the match win was overtaken by the round robin goal of achieving the highest possible lead to secure a place in the CUP playoff  or next highest class.

On Monday one team found adding the numbers together was still not intuitive and another on Wednesday was unsure about how the tie-break works, But neither was an issue as others quickly helped out to explain via the Captian LINE so they could complete for their matches. As we know scoring is slightly different for a knockout series. With no cumulative ladder, so we simply add the metrics together to decide a winner as we go.

To restate: Monday is still played for 23 game points in scored sets with a total of 15 set points and Wednesday still a race to 17.  If you don't have an aggregate score sheet for Monday use the normal one and write the totals on the blank space. Remember Monday and Wednesday has a tiebreaker at 19 and 16 respectively with  3 games played for the extra point. The varied format for Monday is 8BD 9BD after a toss for the break and 3rd choice if needed. For Monday Cerros, just post sets and the total points. On Wednesday post games won and lost.

Here are the progress results for round 2

You could be forgiven for being confused, but yes, the World Cup is still continuing in Bangkok. It's our very own KEGS World Cup.
This week was the second round of the Group stage that on Monday saw England, Argentina, Spain, and Panama move into the first-class position as CUP contenders, On Wednesday it is England, Columbia, Morocco, and the USA.
Next week promises a flashpoint of events as all 35 countries try to push the standing teams out or qualify for the next best level in the Semi-Finals knockout rounds. That's for the CUP, PLATE, BOWL SPOON or POT.